Head of Hamas Political Bureau, Ismail Haniyeh, and the delegation of the movement’s leadership, began on Wednesday evening meetings in Morocco with Dr. Saadeddine Othmani, Moroccan Prime Minister, Chairman of the Justice and Development Party, and a number of party's leaders. The two sides discussed many issues related to bilateral relations, the results of "Sword Al-Quds" Battle, and ways to support the Palestinian cause and people.

Hamas delegation had arrived in Morrocco on Wednesday afternoon within the framework of the active political and diplomatic movement that it is carrying out in the wake of the Battle of Sword of Jerusalem. Hamas delegation had met the Emir of the State of Qatar, Sheikh Tamim bin Hamad Al Thani, and then met the Egyptian Minister of Intelligence in Cairo, and Morocco is his third stop. The following destination for the delegation will be Mauritania early next week.

Hamas Delegation began the visit to Morocco by meeting the Prime Minister and a number of ministers, officials, and leaders of the Justice and Development Party. The delegation received an official reception from the Ministry of Foreign Affairs and the Royal Guard, and in the coming days, will hold a series of meetings with senior officials, parliamentarians, and party leaders.

Dr. Saadeddine, the Moroccan Prime Minister, has crossed during a joint press conference with the head of the political bureau of the movement, expressed his happiness and thanks to the head of the political bureau and the delegation of the movement’s leadership, their acceptance to the invitation to visit Morocco, saying: "This call is in the context of the Moroccan position represented by the king, the government, and the people in support of the Palestinian people and their struggle until they achieve their rights and build their independent state with Jerusalem as its capital," he said.

He stressed that the Moroccan people consider the Palestinian cause as their cause, which was translated into the rallies of millions of over a decade in solidarity with the Palestinian people on multiple occasions, pointing to the continuous work of the Bait Mal Al-Quds Foundation headed by His Majesty the King to support Jerusalemites and preserve the identity of Jerusalem.

The Prime Minister reviewed the King's positions rejecting the Deal of the Century and the Judaization of Jerusalem, referring to the last of these positions by directing support to Gaza and the West Bank during the recent Israeli violations.

He added: I salute the Palestinian people and their resistance, especially the residents of Sheikh Jarrah neighborhood in Jerusalem, as they are defending the blessed Al-Aqsa Mosque and Jerusalem on behalf of us.

In turn, Brother Ismail Haniyeh, head of the movement’s political bureau, affirmed the Palestinian people’s appreciation of Morocco represented by its king, government, parliament, and people considering that it is God's discretion to make this visit to Morocco after the victory of the Palestinian people and their resistance and our nation in a pivotal round of the conflict with the occupation.

He added, "If Morocco is geographically far away, but it is in the heart of the Arab and Islamic world and is in contact with Jerusalem and Al-Aqsa in the past, present, and future," referring to the Moroccan Gate and the Moroccan neighborhood in Jerusalem.

"We look at embracing the Moroccan people with all their political parties and components as a strategic depth for our people, our Jerusalem, and our Aqsa," he said.

The leader of the movement reviewed the recent developments in Palestine before and after the battle of "Sword of Al-Quds", both the attempts to displace our people from the Holy City of Jerusalem and the attempts to control Bab al-Amud, "Damascus Gate", and storm the blessed Al-Aqsa Mosque. He said, “We, as a people, had to represent the nation and stand in the face of Israeli arrogance and protect Al-Aqsa with our souls and arms and nullify these projects aimed at stealing history and geography and attacking the principles of the nation", stressing that the resistance succeeded in defeating the occupier within the framework of this confrontation that our people fought.

He stressed that this victory would not have been achieved without God's grace, then the unity of our people, then the support of the peoples of our nation and the free people of the world who came out supporting our people in this battle which was titled by Jerusalem.

He added, "We will discuss in-depth many files of common interest related to the developments of the situation on the Palestinian scene and the region." 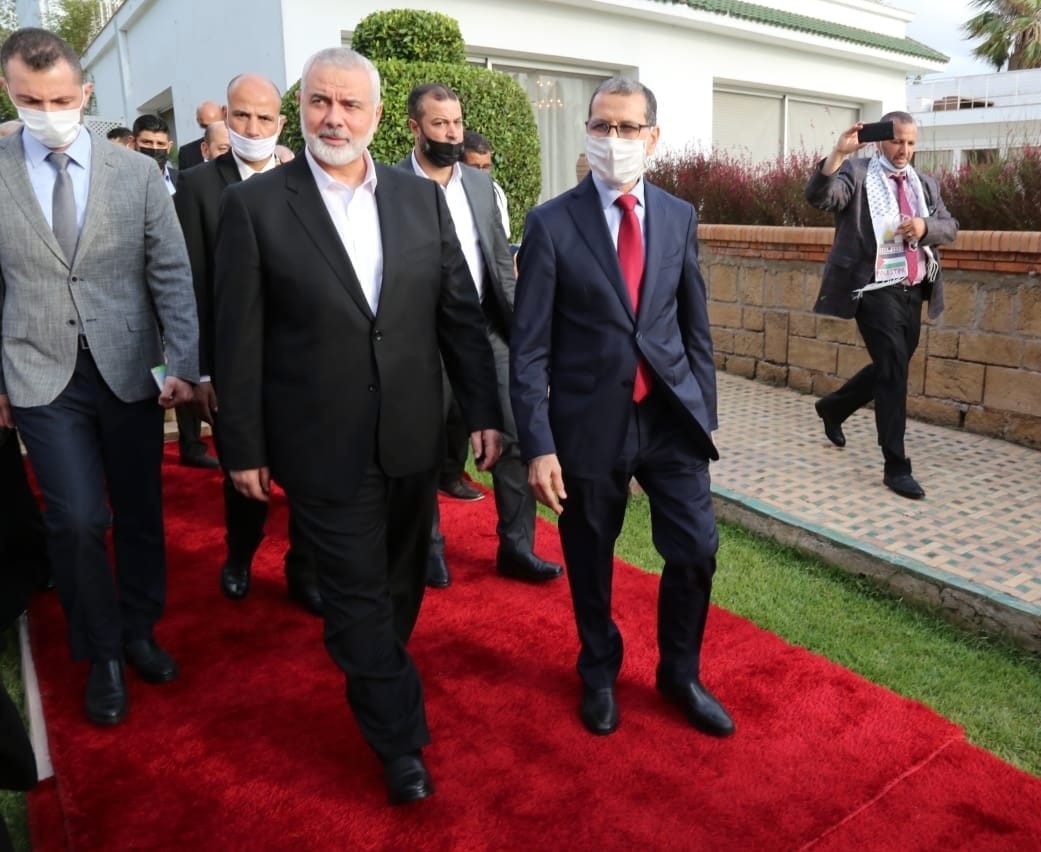 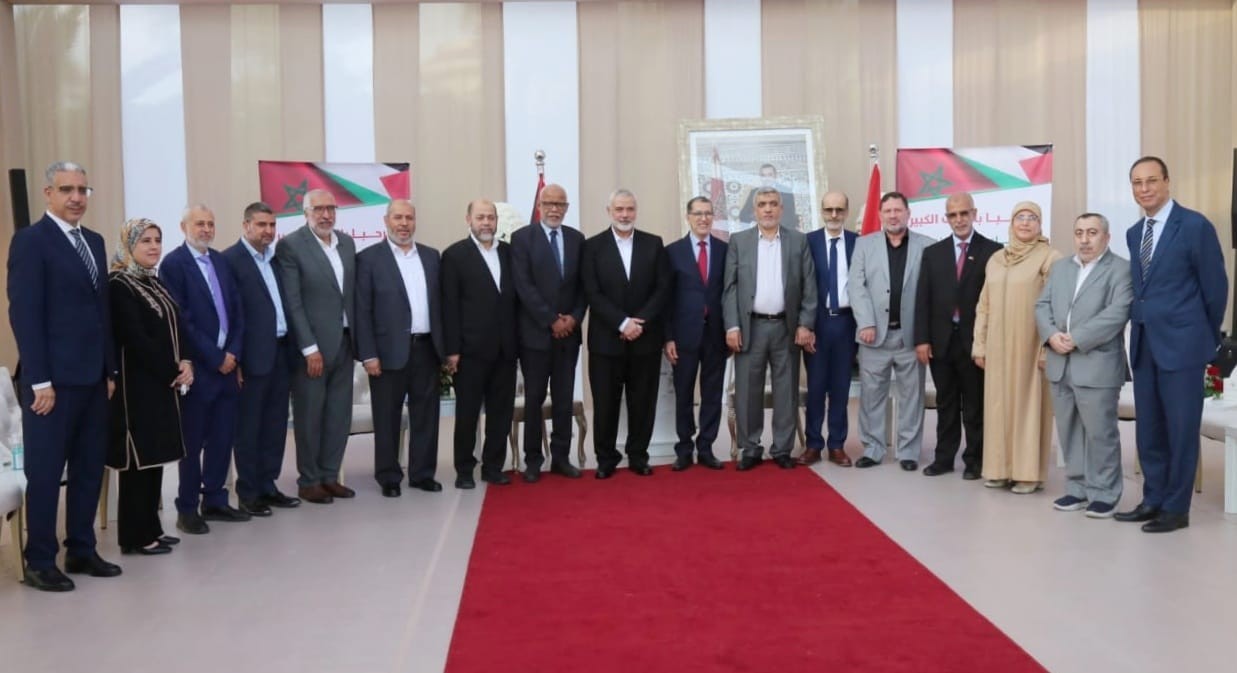 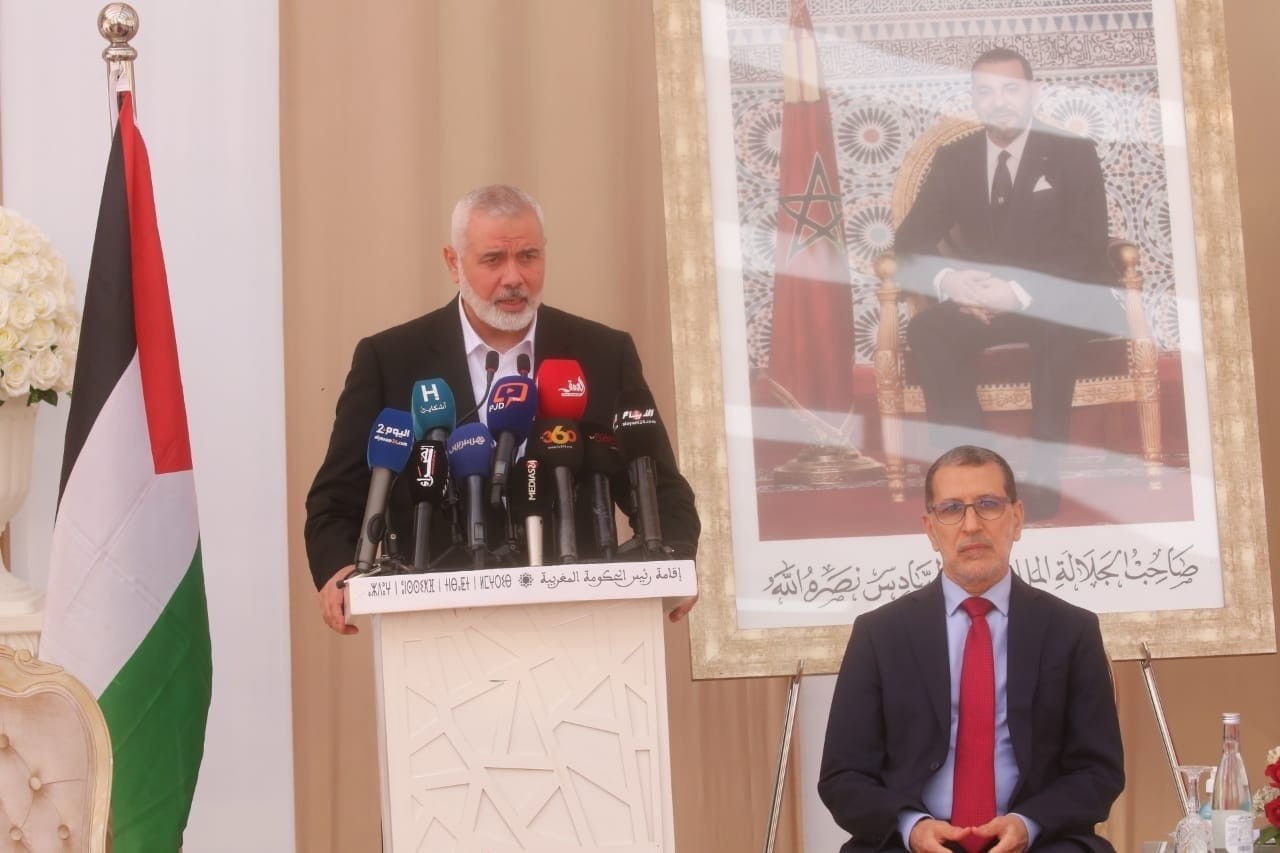 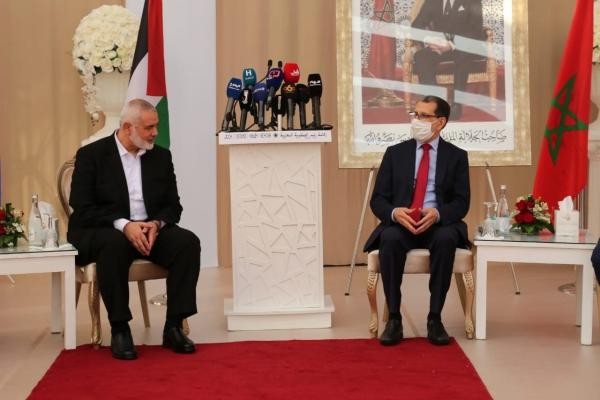